So you’ve created a successful app, but now what?

The one thing that’s common across all entrepreneurs is an unquestionable optimism. Entrepreneurs are so optimistic about their ideas that sometimes they border on delusional. Which isn’t always a bad thing, because that bordering-on-delusional optimism will keep you going when you need it to, and give you a sense of dogged persistence that you might not have otherwise.

But it can be a barrier to getting funding. You’ve got to sit in front of a venture capitalist, and show them that not only do you believe in the idea, but that they should believe in it too.

Having been on both sides of the table–as an entrepreneur starting companies and pitching to investors, and from a background in mergers and acquisitions, I can tell you what works and what doesn’t.

There are four key points that play a vital role in getting funding for your startup:

Most entrepreneurs who don’t get funded after years of trying are in one of these scenarios:

Before you actually go and pitch a VC, you need to get a reality check on your idea. There is a chance that you’re seeing a gap in your industry that other people aren’t seeing, and if thought leaders, advisors, and mentors in the industry see that gap too, it validates your idea to an extent. On the other hand, if they don’t, they might be able to give you enough feedback to pivot the idea and make it less delusional.

You need to remember that VCs are dealing with wannabe entrepreneurs day in, day out, all day, every day. They can read you in the first three minutes or less, and see if you’re delusional or if you know your stuff. They can tell if you’ve done enough homework in this industry and if you’re going to make money on it.

Venture capitalists want to work with entrepreneurs that they’re comfortable with–after all, they’re trusting their money or their LP’s money with you. They want to invest only in entrepreneurs that aren’t delusional and that are working on an idea with some potential.

#2: The Overall State of the Business

You can seek funds at any part of the process:

There isn’t necessarily a right or wrong way, but your chances of success with a VC are much higher if you have a success metric of some sort. That’s how you can show that there’s real potential in your business and that it’s not just a pipe dream.

And when I say “success metric,” I don’t mean KPIs or over-complicated metrics. I mean that you have a customer paying you money. End of story. You might have fifty or a hundred or five hundred or more customers, but at the end of the day, it comes down to that you have people paying you for the value you’re providing to them. Extra bonus points if they’re coming back or paying you over and over again on a regular basis.

There are a lot of entrepreneurs that raise funds at the idea stage of the business. But there are so many people working on similar ideas in different parts of the world that you pitching on just an idea and going for that marketing can show you haven’t done your homework. You need to actually study those competitors or people doing the same things and show the VC that you’re pitching how you’re ahead of the curve and doing something right (or at least be able to point out what they’re doing wrong).

We went to a VC when we knew we had money coming in, a very high active user percentage, and we could show we were profitable. We needed the money to go to the next stage: hiring more people, extra marketing, and so on. And having those success metrics is what let us actually get the funding we needed.

#3: What You Actually Need

You might not realize it, but you don’t just need the money. You need the person with the money, because no matter how smart you are, you can’t do it by yourself or with just your partner. You need that external perspective to stay on track.

By looking to find a VC that already has experience and a community, and who:

You’re putting yourself far ahead of the competition. You don’t just need their check, and if that’s all you’re looking for, you’re in the wrong spot. To succeed, you need to be humble enough to accept that you actually need guidance along the way, and you should look for a team that will give you that guidance.

Silicon Valley is built on ideas that aren’t just solving peoples’ needs, but are futuristic as well. If you look at the trends coming out of Silicon Valley, they’re focused on the next ideas and on devices that add value to peoples’ lives every single day. That’s how Google decides what to acquire, via the “toothbrush test”: “Is this something you will use once or twice a day, and does it make your life better?” And if you partner with someone who has been through the process before, they’ll be able to spot ideas that do pass the “toothbrush test” far quicker than you will.

When looking for our investor, we went out of our way to find someone who:

This paid off, because they actually got our first viable partnership on our table, and that partnership opened a lot of doors for us. Don’t just look for deep pocketbooks, look for someone that can help your business grow in other ways, too.

To find that one VC, you have to be always on the lookout, and pitch over and over again. But that’s been well established elsewhere, and that’s actually not the hardest part of the process. The hardest part is knowing who to sign off with.

In our case, we actually got a few term sheets, but we were still figuring out which one would bring the most value to us. Here’s just a few of the factors that we looked at when considering the term sheets:

As entrepreneurs, we spend so much time trying to get past that first round (of having something to show to a VC that can actually get us funding) that we might not plan for after we get past that point. Once you implement an idea, have some form of success, pitch a VC, and get a term sheet, you need to seriously look at yourself and what business you’re in, and how much money you need. Not to mention, you need to consider what you’re willing to give up in form of equity or control for that money.

In Silicon Valley, people tend to think they can ask for crazy valuations, but that can totally kill your cap structure, your shareholding structure, and the way you want to run your business. You don’t want to dilute yourself or your business for the sake of money.

Make sure to get a fresh set of eyes on your term sheets, as well. Initially, we were just looking at them ourselves, before we realized that we need to consult people who have worked with that VC before, talk to a lawyer, and get a real advisor on board before we signed anything. We did all of that before we closed the term sheet, and I’d advise every entrepreneur to do the same.

Last But Not Least: The Pitch Deck

A pitch deck is an phenomenal exercise which makes you take a step back and think through your business in a way that you wouldn’t otherwise. You can’t make a great pitch deck in a weekend–you need to give 4-6 weeks of time to making, refining, and tweaking that pitch deck until it’s perfect.

Even after you feel it’s perfect and you start pitching, you need to come back and keep refining it. Every. Single. Day. When we pitched, we spent four weeks straight building the deck, pitched 25-30 VCs, and by the time we were done with our pitching process, we had gone through at least 10-15 versions of our deck (and that’s after we thought we had created our final version of the deck).

This is a long exercise that I’d consider an absolute must for any entrepreneur. Here’s a few resources to get you started:

Funding is a time for reflection: The Question Checklist

The time-period where you’re raising funds isn’t just a chance to grow your business, it’s giving you a time to reflect. You can use this as a time to think everything we’ve covered in this article:

Previous post How to build a profitable recurring revenue business 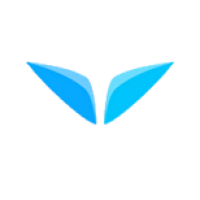 About the Author Mindvalley Insights Team