Vishen shares his greatest takeaways from a talk given by Tom Chi, the creator of the first Google Glass prototype and formerly of Google X, at Awesomeness Fest last year: 5 beliefs to facilitate incredible innovation.

One of the greatest competitive advantages an entrepreneur can have is the ability to innovate.

This is especially true for high tech businesses in a rapidly changing world.

Over the last one year I’ve been obsessed with models of rapid creation, innovation and growth. I spent time consuming every book on the subject and learning from every expert I could meet.

One such expert is Tom Chi, the creator of the first Google Glass prototype and formerly of Google X.

Google X is a semi-secret division of Google that is responsible for projects like:

I caught up with Tom Chi at Awesomeness Fest, where he took the stage as one of our speakers, and we stayed in touch over the year.

But I want to share some awesome takeaways from Tom’s speech at Awesomeness Fest – the 5 beliefs that he has that facilitate incredible innovation:

1. ‘Knowledge’ is a noun, and accumulating knowledge is great. But ‘knowing’ is a verb that we choose to do with our knowledge.

Knowing is the enemy of learning. When you “know” something, the neurons in your brain literally try and reject new information. This stifles progress.

To be able to come up with brilliant innovations, you need to let go of things you “know” and start questioning assumptions. This can involve writing down the things you think are true in your project, and asking yourself, “what would it mean if they weren’t?”

2. You need to be in a state of learning in order to solve new problems; create new possibilities; to do something that hasn’t been done a million times before.

Keep learning and keep questioning assumptions. Innovation is a process that does not stop. Continue to learn, and to remain open minded to new information so that you are able to harness it for making your business, product or service better.

3. We apply nouns to human beings… And that’s where the greatest crimes can happen. We call people Muslim, or Republican, or any other noun. And as soon as we say that noun we’re done thinking about them…. Challenge the nouns you come up with. Spend another 5 minutes to think about the verbs to describe a person so that you become more present.

Labels are dangerous because they are assumptions, and often generalisations. These things are the enemies of innovation because they assume knowledge. Look behind the label for the meaning, the reasoning, and the context. This applies to people, processes and products.

What is a car?

Traditionally it is a vehicle you drive…

But what if it could be something that drives you?

4. The knowledge gap is not the most important thing. It’s about] getting across the practice gap… At the end of the practice gap is the beginning of the Mastery Gap. Mastery is the place where human possibility is expanded.

Innovation takes practice. Keep the pace of practicing fast. When Tom Chi was developing Google Glass, he had his team create a new iteration on it every day for weeks. In other words, they practiced a lot. The result was rapid improvement, refinement, and idea generation.

Innovation doesn’t happen in abstraction, it happens in the practice. It happens in reality, and it happens in your medium. This means you need to get your hands dirty. If you want to innovate in coding, don’t just manage coders, code yourself with the intent to challenge assumptions.

If you want to innovate in email marketing, stay in the medium of email marketing and keep testing assumptions with the intent to make things better.

The best innovators stay in their medium long enough to become masters, and then innovators.

The ideas above were extracted form Tom’s Speech at Awesomeness Fest in Puerto Vallarta, Mexico in 2014. Watch the full talk below:

Ready to learn more about rapid innovation and execution? Sign up for a class I’m doing on the topic: Free Live Training: The Art of Rapid Execution with Vishen Lakhiani.

Next post 3 Tips For Rapid Growth For Your Product Campaign 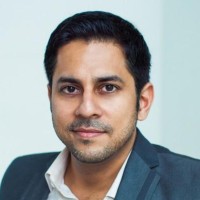 Why You Want to Use Emojis in Your Online Business