Political blogger David Sifry of www.Sifry.com received a call from no other than GOP Presidential Candidate Mitt Romney.

In the call, Mitt Romney wishes David a Happy Hanukkah, calls him by his first name, and mentions David’s father Bernard as having asked Mitt to call David and request a campaign contribution.

Bernard nor David don’t know Mitt. Nor does Mitt know them.

I don’t know what Mitt was using but this is some amazing micro-targeting technology. Reminds me of the whole Internet Marketing mantra of targeted emails.

You can listen to the hilarious call audio here:

The line of the day goes to David’s father Bernard, who got furious when we heard his name misused by Romney. Listen to the rant in the call where he shares his opinion on Romney.

PS – Romney campaign staff, if you’re reading this, I would love to know what Marketing books you read.

Previous post Copywriting: A Better Way to Know Your Audience 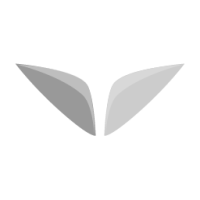 About the Author admin

8 Lessons from taking my blog from scratch to a cool $1 Million acquisition offer.