In Part 2 of Ewa Wysocka’s “Underground Online Seminar 8″ series, she reveals Mindvalley’s first venture with the IDE model in 2010, a brave experiment which raked in US$1 million for the company and transformed Love Or Above author Christie Marie Sheldon into the personal growth celebrity she is today.

In the first video, Ewa shared a grey period in Mindvalley’s history when a tight slap from Google pretty much brought our paid traffic campaigns and growth of list subscribers to a dramatic halt. “We were hitting a glass ceiling”, as Ewa had put it.

But it had happened for a good reason. The momentary downfall led to the Innovation Design Experience (IDE) Model. We began to innovate away from conventional marketing strategies and began approaching our launches with creative, interactive and systematic methods to engage our customers.

The first product to be launched using the IDE model featured personal life coach Christie Marie Sheldon, whom at the time was a new author under our wing. Pair that with the most we would have ever charged for a product – US$999, and you’d think that we would’ve stepped back from the risk, but we didn’t.

Merging the IDE model with the standard launch framework of our business, we implemented aesthetic upgrades and cutting edge content to attract and lead potential customers, which included a teaser video, a new design to our sales page and interactive features for readers.

What followed was an overwhelming response that resulted in a sold out launch, a sold out relaunch and a great increase in sales when we decided to repackage the product not long after. In other words, we made over US$1 million for the launch of a single product – a first for Mindvalley.

What exactly did we do to successfully utilize and prove the force of the IDE model? Ewa explains it in this video, and reveals just how much the model had boosted our sales… as it could yours.

Look out for Part 3, the final video in this series scheduled for an upload next week. Keep an eye on www.facebook.com/mindvalleyinsights for updates.

Next post “Did I Rock My Customer’s World Today?” 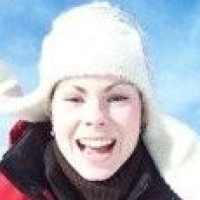 About the Author Ewa Wysocka

The brains behind Mindvalley’s Product Launches, Ewa’s responsible for some of the highest converting websites produced at MindValley and is perhaps the most prolific product launch expert in the personal growth publishing industry with 9 hits in 2011 alone.

3 Tips For Rapid Growth For Your Product Campaign